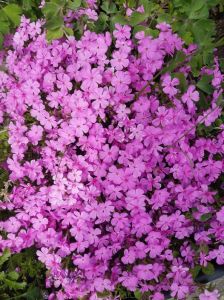 Snow and ice and cold are here but in a few months spring flowers will bloom again. I am already anxious for green grass and warm days.

I was given the best gift today at lunch with my golfing gals. This is a picture taken in the early 2000s when I first started writing and needed to describe an old wooden cabin. Dick Peterson, a friend from the Whitefish Golf Course who dealt with real estate, and my two golfing buddies, MJ and Jo took me on a road trip up Hwy Two west into the Bitterroot area and Dick showed us cabins. I took pictures and listened to Dick about building and maintaining cabins in the woods, we ate brown paper bag lunches on a homemade picnic table, checked out his outside shower consisting of a rope and a bucket with holes. It was a fun and fruitful day. The description’s of Arianne’s cabin in Ratham Creek found life from this adventure.

Through the years, a spot on my bookcase has gathered treasures. Bryson was a little great-grandson when he brought me two yellowjacket hives as a gift. The boy is a big sixth grader now. The black agate was polished by my dad years ago. The split rock is another gift from Brycen. The oval dark rock came is from Cannon Beach below the golf course we see on tv. Tony, a starter at the course I play at gave it to me. He knows I’m a golf nut. Yesterday, my little great-grandson Jarrett gave me a shiny green piece of whatever, Plastic? It joined my other treasures on the shelf.

I had Toni Kerr design a new header for my website, keying on my novel Harbored Secrets. I think she did a great job. Thank you, Toni.

Where’s Joe Is Now On Kindle

My new novel WHERE’S JOE is now available on Kindle at $3.99

In the aftermath of World War II, mothers suffered from the loss of their sons the best way they could. Some tried to ease their grief by holding their daughters on a leash so tight it became unbearable. Twenty-three-year-old Reba Bicknell has been smothered to the point of rebellion. She accepts a daring ride behind a stranger on a powerful motorcycle which leaves her with a driving need to find him again and ride facing the wind. The search leads her to a slummy tavern where a motorcycle gang cuts loose and hangs free. While watching to see if Joe arrives to join a group of bikers, Reba witnesses the kidnapping of a young girl and reports the crime. Unaware, Reba is about to become the number one suspect and the target of the real killer, a woman with a burning vendetta who rides with the biker gang.

Before we joined the Baptist Church, Mom sent us kids to a little white church in Columbia Falls. It was a Pentecostal Church of God. The pastor was Brother Arthur, his wife was Sister Mabel, and Mable’s sister, was Sister Rachel. These were fine reserved people, who put up with us kids for the sake of our souls. They lived near Fortine on a Christmas tree farm isolated in the foothills of the Rocky Mountains. A main cabin and several small cabins for bunk houses served for their living quarters. I can close my eyes and see it plain as day; the hilly land around the cabins cleared of timber, small brush covered the ground, and muddy clay soil.
Brother Arthur invited us kids to stay for several weeks in the summertime. Us kids included Jeanie, Bernie, Norma and myself. We had great fun up there, way out in the boon docks. Creek fishing was the top priority. We caught many small Brookies and Sister Mable fried them for us.
Other wildlife abounded, like pine squirrels and fat gophers, whitetail deer, and blue birds. And snakes. The ones we spotted slithering near rocks or rushing in the weeds along the creek banks were only small garter snakes, but one in particular caused such a commotion you would not believe.
Norma, Bernie and Jeanie spied this snake down by a big mud puddle, warming itself on the hot clay. With nothing better to do they decided to see if they could kill it with mud clods, which were rock hard.
I innocently stood by and watched the three of them throw missiles until Bernie finally clunked it hard enough that it died. Dead. Didn’t move.
Norma poked it with a stick. “Yep it’s breathed its last on this here earth. Ya know, Sister Rachel is scared of snakes. Bet she’d be glad we killed one.”
“Bet she would,” agreed Bernie.
“Should we show her?” asked Jeanie. “Who’s going to pick it up?”
Norma shook her head, plump pigtails waving. “I’m not scared of them anymore, but I’m not touching its scaley skin.” She jiggled her shoulders as if freeing the thought.
“Oh you babies,” said Bernie. “I’ll do it.” He got a long stick and picked the snake up, dangling it in the middle. We all marched to the main cabin where Sister Rachel and Sister Mabel fixed food.
Bernie, Jeanie and Norma traipsed into the cabin, “Look what we got.” About that time the snake decided it was not dead and wiggled off the stick! I was standing back and could barely see what happened. Norma screamed at the top of her lungs, Jeanie ran toward the door, Sister Mabel stood on a chair, Sister Rachel was practically in a dead faint standing on the couch. On his hand and knees, Bernie tried to catch the snake, who slithered this way and that trying very hard to get away.
Screeching and screaming erupted, enough to bring the roof down! Bernie finally caught the poor thing and carried it outside.
Sister Rachel slumped down on the couch. Her long brown hair hung around her bent head. “I just can’t believe it,” she repeated several times to no one in particular. Her stress showed around her white pinched lips. She had a little trouble with forgiveness that day.
Brother Arthur and Sister Mable moved on, and we weren’t attending a church. Mom wanted us kids to hear the word of the Lord and by gum we were going to go. She convinced Dad that we should join the First Baptist Church and go as a family.
I remember the day Dad was baptized. He got dunked in Lake Blaine by Pastor Warner. It was a grand day for my parents. They were very happy.
Our family became churchie.

Stepping out onto the back porch, I took a snapshot of this happy way to start a day.

The Northwestern Montana summer has really warmed up, so instead of fighting the heat on the golf course us golfing buddies cruised all the way along the shoreline of Whitefish Lake looking at wonderful homes built around it. The speed of the boat kept us cool and we had lots of laughs. 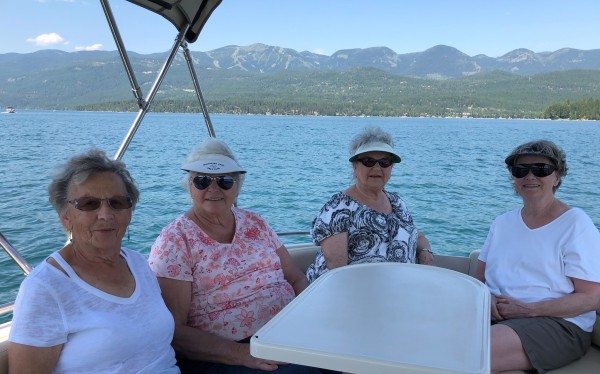 I try to take a thirty minute walk most days and I always wind myself through the the residential area near my house under shady maple trees. I usually pass a school about half way through my walk and have always sat for a minute to rest. Now I just look at it wondering who has sat there, and if they were healthy, or a carrier the Covid virus. I pause a little, but don’t sit down, just walk on by.

Someday soon, I hope to rest on it again.

Error: Twitter did not respond. Please wait a few minutes and refresh this page.